The Volkswagen Emission Scandal – What Are Your Legal Rights As A Consumer Of Volkswagen?

/ What is Volkswagen accused of?

On the 2nd of October 2015 Volkswagen was discovered from the Environmental Protection Agency (EPA) that many of its diesel cars sold in the USA were fitted with a device that could detect when they were tested, changing their performance accordingly to improve results.

The so-called “defeat device” was showing that the cars emit less and hiding the fact that the engines were emitting up to 40 times the of nitrogen oxides (NOx) than standards allow.

The EPA found this “defeat device” in diesel cars including the Audi A3 and the VW Jetta, Beetle, Gold and Passat models. Volkswagen has admitted that about 11 million cars worldwide, including 8 million in Europe, are fitted with the device.

This is wildly illegal as Volkswagen was not able to produce diesel cars that had the ideal mix of performance, fuel economy and low pollution so it decided to achieve this via the “defeat device” to deceive regulators and its consumers.

• Euro IV standards came into force in September 2009 and its main effect was to reduce the emission of particulate matter from diesel cars from 25mg/km to 5mg/km.

– Particulate matter is a local pollutant that has been linked to health problems.
• Euro V came into in January 2014 and it reduced the emission of NOx of diesel cars from 180mg/km to 80mg/km.
– NOx is a harmful pollutant that is often blamed for damaging the environment but has also been proven to have serious health implication on the public.

What are your legal rights as a consumer of VW?

The consumer has basic legal rights if the product is: -given a misleading description
– of an unsatisfactory quality
– not fit for tis intended purpose

What are misleading actions and omissions?

According to the EU Unfair Commercial Practices Directive 2005/29/EC misleading acts and omissions are unfair commercial practices. In each case, the action or omission must cause or be likely to cause the average consumer to take a different decision.

Volkswagen has hidden the fact that its diesel cars’ emission standards were higher than what it is allowed through a “defeat device” and sold the cars by promoting them that they satisfied the allowed standards.
A Volkswagen consumer who bought a diesel car, did that through misleading actions and omissions in belief that his car had the ideal mix of performance, fuel economy and low pollution when in fact it did not.

As a result of Volkswagen’s actions, its consumers of diesel cars are in position to raise legal actions against the company for compensation and/or other remedies and/or damages according to the Consumer’s Protection.

The company stated that it will stop selling 2015 and 2016 Volkswagen and Audi models equipped with a Type EA 189 diesel engine and it will recall existing cars to fix the problem.

Even if Volkswagen recalls existing cars to fix the problem that does not mean that the company’s actions are not considered unfair commercial practices and that the legal rights of a consumer are not violated.

Volkswagen’s response has a lot of gaps and raises a lot of questions such as: 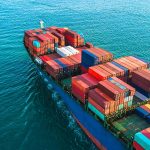 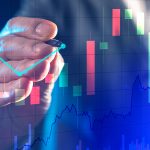 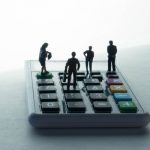 CORPORATE AND DIVIDENDS TAX
May 5, 2020dedo